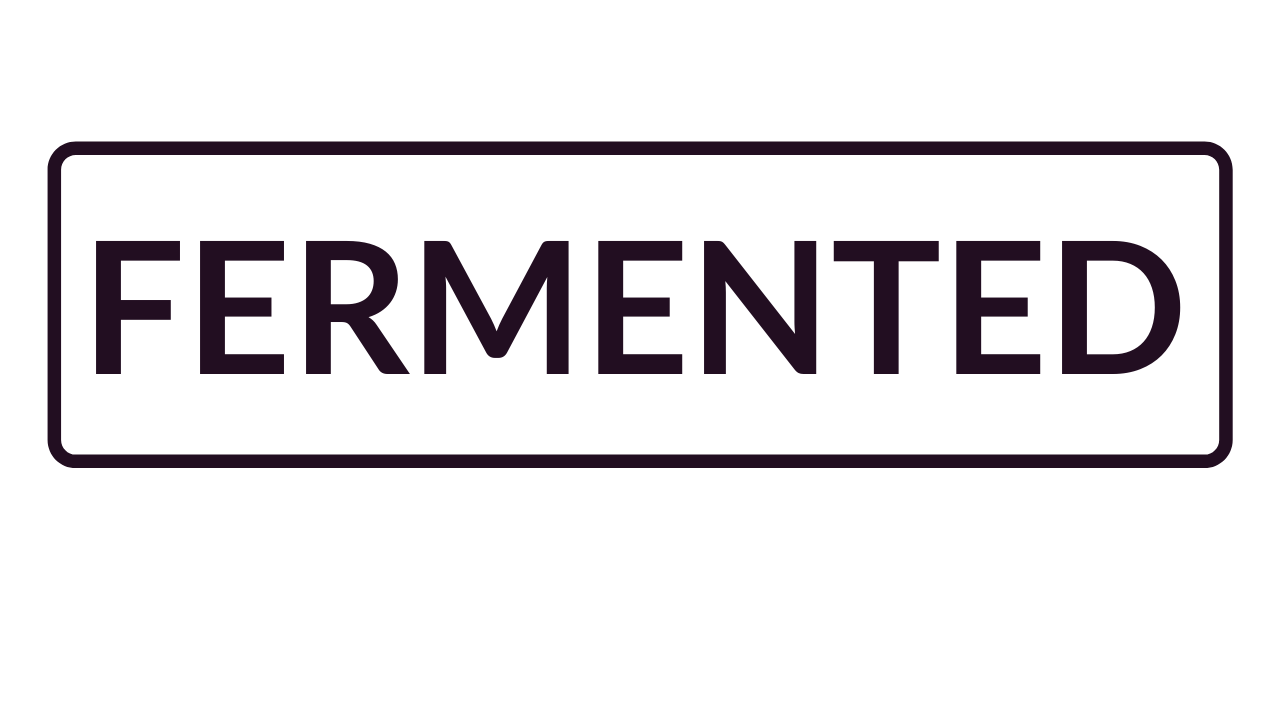 Fermented foods and beverages are good for you, right? This is what we have been told, this is what I read, this is what I believe, this is my gut feeling. In my adult life, I have never really had a healthy gut with acid reflux being my main tormentor. I blame a dysfunctional gut microbiome for mood swings and penchant for getting rather pissed off. Yes, I blame my stomach and not my poor choices and lifestyle.

So when I started to learn more about fermented foods and beverages I saw it as a possible way to bring the power back and balance to my life. I was drawn to fermentation through my love for alcohol and in particular beer. The first time I ever took interest in the microbial world was when I tasted a distinct banana flavour in beer, an ester, a by-product of yeast fermentation.

I took the microbe pill and fell down the fermentation hole. The complexity of flavour lured me in, then it became apparent that these foods and beverages had another even more important gift to give, improved health.

After beer came kombucha. I loved it so much after my first sip I put it on the menu at Beerhouse where I was curating a library of my first fermented fling. I consumed one every day after that. Its subtle acetic acid seam appealed to me, another flavour journey dimension, finished with champagne-like effervescence. A waitress noticed that I was enjoying my booch and gifted me a brew-your-own-kit. That is when I saw a SCOBY’s (Symbiotic Colony of Bacteria and Yeast) biofilm for the first time. It looked like an alien jellyfish which both horrified and intrigued me in equal measure. Learn more about kombucha in our article, “What is Kombucha?”

It did not take me long for SCOBY-DO and me to form a decent partnership brewing booch. First with lemon verbena and then rooibos. Fermented fizzy tea has become a real cornerstone of my day. It’s pretty tasty and the fermentation process is rewarding. It has, without doubt, improved my gut health and therefore mental stability. When I have had periods without my booch boost my health has seemingly worsened and the symptoms of poor gut health return. Now, this is not a scientific study but purely anecdotal evidence. I am sure there are other elements at play however such unproven statements like mine has lead to a lot of criticism of fermented foods and beverages claims for improved health*

What does the science say? It has been hard to wade through the claims and marketing bravado that has expounded these health benefits. I wanted to believe it, it made sense and it has worked for me? I feel better, but why?

Purposeful fermentation enacted and controlled by humans has been around for millennia, however, relatively few studies have made conclusive conclusions on the benefits of ingesting live cultures derived from fermentation. This is partly due to the human species making bacteria and other microbes enemy number one since Louis Pasteur discovered infectious bacteria under his microscope and precipitated the scorched earth policy towards bacteria through mass sanitation. Things are changing as the great microbial reawakening spreads globally through the work of passionate fermenters, health professionals and scientists.

The International Scientific Association for Probiotics and Prebiotics (ISAPP) recently produced a consensus statement on fermented foods (a category that includes fermented beverages). The consensus was drawn from a meeting of clinical and scientific experts in family medicine, microbiology, food science and technology, ecology, immunology, and microbial genetics in 2019.

An agreed definition for fermented foods published as a ‘desired microbial growth and enzymatic conversions of food components’. The definition includes foods and beverages that are ‘produced by fermentation but might not have living microorganisms at the time of consumption. Fermented foods, such as sourdough, are baked after fermentation’.

What is truly mind-blowing is that the report estimates that there are 5000 varieties of fermented food worldwide and accounts for approximately one-third of the human diet. Immediately bread, yoghurt and cheese spring to mind, but wow one third! Perhaps my cultural blindness is because eastern cultures have held onto fermenting traditions better than the western world and beside the big four and beer I was not exposed to any growing up.

The consensus quickly pins down why I first fell in love with this microbial food alchemy. Have you ever tried to eat raw malted barley, its not terrible, but its not beer? Yeast fermentation transforms these raw products with the help of water and hops in the worlds oldest and greatest beverage. It was not long before ancient humans understood that fermentation was an effective way of preserving food, although it would be quite sometime before the dawn of the microscope and the understanding that it was through the formation of organic acids, alcohols, bacteriocins and other antimicrobial end-products. We would also learn that friendly bacteria protected us against potential pathogens and spoilage organisms and therefore increase food safer through fermentation-associated microorganisms.

So it’s well known that fermentation preserves and makes food-safer, but what about inside your body, can it also improve your gut health? Your gut is home to trillions of bacteria that are vital for keeping you healthy.

The clever people at the ISAPP note that “current epidemiological evidence suggests that diets rich in fermented foods can reduce disease risk and enhance longevity, health, and quality of life”. However, they are also quick to point out that “most commercially sold fermented foods do not belong in the probiotic fermented food category”, instead “fermented foods and beverages often contain undefined microbial consortia, usually at variable levels, and their potential health benefits have generally not been demonstrated”. They go further to say that fermented foods benefits are been misrepresented as probiotics by producers when they are devoid of any live microorganism in final product form. They also warn against producer claims based on anecdotal evidence rather than being clinically demonstrated. You can still label commercially available fermented products with the statement “live and active cultures” and if pasteurized, without any living microorganisms, you can say “foods made by fermentation”.

So if your product does have evidence of beneficial micro-organism then there are two ways fermented foods can benefit human health. The first being nutritive alteration of raw ingredients and the biosynthesis of bioactive compounds. The second being the modification of the human gut microbiota, and development and modification of the immune system. In laymen’s terms, it releases the good stuff from usually inanimate foods and provides your hard-working immune-boosting gut bugs with some reinforcement and nutrition.

Your microbiome and COVID-19

Your gut microbiome regulates your immune responses to viral invasions by communicating to your brain what level of response is necessary. It requests specialized immune cells to produce potent antiviral proteins that ultimately eliminate viral infections Your automatic immune response is to burn down the house while your gut bacteria lets the brain know that it’s only one room that needs fumigating. A review article in  Translational Research, The Journal of Laboratory and Clinical Medicine notes that ‘acute respiratory distress syndrome, a life-threatening lung injury, in SARS-CoV-2 patients is thought to develop from a fatal overreaction of the immune response called a cytokine storm that causes an uncontrolled flood of immune cells into the lungs. It concludes that ‘while a good-quality diet might not prevent SARS-CoV-2 infection, it can treat the underlying conditions related to its severity’.

.Many studies into fermentation health benefits are ongoing. I am confident that anecdotal threads from millions of people around the world will eventually fall into realms of proven science. I consume water kefir and kombucha daily and indulge in kimchi and sauerkraut on occasion. All of which contain live cultures which might or might not improve my gut health. All I know is that I feel better for it, so long live the many cultures of fermentation.

Enjoy this content? Want to learn more about the great microbial reawakening? Support our vision and join a platform for collective learning. Become a Fermented Patron.

*Disclaimer: I am in no way a doctor, dietician, microbiologist, food scientist ecologist, immunologist and understand very little about microbial genetics. So please consult your preferred expert for advice on this topic before you go all fermented crazy. Fermented foods that are good for you should be consumed in moderation. What I am doing is to create a platform for collective learning in the hope that I can learn from others and delve more into the microbial re-awakening 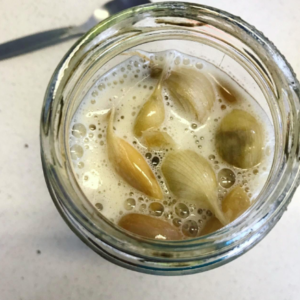